Beating Oscar To The Best Actor 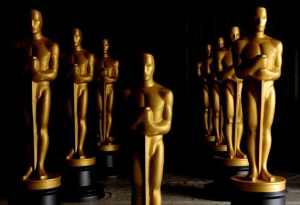 Figuring out which celebrities to get your product to can be a challenge for most entreprenettes.
You are probably asking yourself one, or possibly all, of the following questions:
How do I know if my target market likes this one or that?
What if I make a mistake and spend a lot of money sending freebies to the wrong people?
How do I know if they’ll even like it, or wear it?

Yes, all of them can be true, but if you really understand your consumer (aka target market) then you will get closer than you think with each try.

One way to get on the fast track to the next “hottie” is to see who the Oscar contenders are and if they appeal to your target market, then get on it and send them something now, before they are to hot to touch and the phones are tied up.

Here is a list of the possible Best Actress Oscar contenders for 2014 from Indiewire.com

The One Sight Unseen Performance That Could Shake This Up:
6. Amy Adams (American Hustle)

And if you are looking for a dude…….

The Major Threat (But Who Does He Bump?):
6. Leonardo DiCaprio (The Wolf of Wall Street)

The Ones Who Could Shake This Race Up:
3. Jonah Hill (The Wolf of Wall Street)
4. Bradley Cooper (American Hustle)

END_OF_DOCUMENT_TOKEN_TO_BE_REPLACED

Sarah Shaw is like Google, the entire How To section of Barnes and Nobles, Consumer Report and Yoda … END_OF_DOCUMENT_TOKEN_TO_BE_REPLACED

Jen SinceroNY Times Bestselling Author of "You Are a Badass"
END_OF_DOCUMENT_TOKEN_TO_BE_REPLACED

We enrolled in Sarah Shaw’s program because we needed someone to kick us into shape! She did just … END_OF_DOCUMENT_TOKEN_TO_BE_REPLACED

“I am a detailed person and hate when I buy something online and am not satisfied. It’s always hard … END_OF_DOCUMENT_TOKEN_TO_BE_REPLACED

“I came to Sarah with just the seed of an idea, a pile of sketches, and a bundle of nerves. I left w… END_OF_DOCUMENT_TOKEN_TO_BE_REPLACED

“In just one hour on the phone, Sarah gave me clarity in my pricing and bottom line… Our new product… END_OF_DOCUMENT_TOKEN_TO_BE_REPLACED

“If you have dreamed of hitting it big, and your product has any kind of ‘it’ factor, as Sarah often… END_OF_DOCUMENT_TOKEN_TO_BE_REPLACED

“With just one little tweak of Sarah’s expertise, I amplified the results of this new launch by 60… END_OF_DOCUMENT_TOKEN_TO_BE_REPLACED

Fashion mogul Sarah Shaw takes us on her journey of losing her business, the one named after herself, and the rebound to get up from the knockdown and create an entirely new path of income and passion.Listen to the podcast here: www.spreaker.com/user/13472024/cc-show-with-sarah-shaw-final#sarahshawconsulting #thechuckcrumptonshow #chuckcrumpton #Podcast ... See MoreSee Less

So excited for my client Anthea Rowan. Eva Longoria loved her bag so much she made a video!Want to know how I can help YOU do this too?Book a free strategy session with me today.sarahshawconsulting.com/sarahshaw/apply-case-study/#sarahshawconsulting #celebrities #Business #fashion #product2celebrities ... See MoreSee Less

To me, clothing is a form of self-expression – there are hints about who you are in what you wear. — Marc Jacobs#sarahshawconsulting #fashion #producttocelebrities ... See MoreSee Less

Donna Gammon interviews Sarah Shaw about her journey from costume supervisor to celebrity handbag designer. Sarah shares how a dare from a friend got her to take the plunge.podcasts.apple.com/us/podcast/truth-or-dare-dining-room-table-handbag-business-interview/id148850...Sarah Shaw is an entrepreneur who had the craziest luck when a woman spotted her handmade bag at a bar and told her it was a million dollar bag. From there, Sarah felt encouraged to take the leap into entrepreneurship to build her brand and learn the ins and outs of the fashion industry. Within three years, she had her bags in 1,200 different stores.20 years later, Sarah helps women build their own businesses, with the best insights on how to launch their own line, how to get their products into stores and boutiques and how to gain publicity.Connect with Sarah for her group coaching program here: sarahshawconulting.comSarah also has a free download for the listeners of Power to Grow, if you want a how-to for getting your product into the hands of celebrities, including two letters and a template, which you can get on her website.#sarahshawconsulting #donnagammon #Podcast #PowertoGrow ... See MoreSee Less

Fashion mogul Sarah Shaw takes us on her journey o

Would you rather wear fancy clothes or wear casual